Statement on the tragic death of A. Michael Naqshabandi 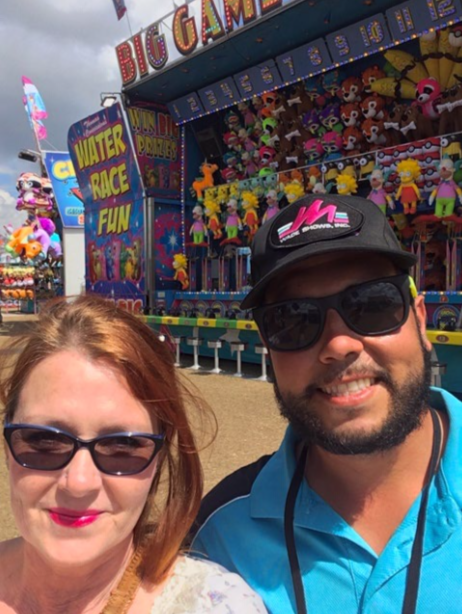 Michael Naqshabandi died as a result of injuries sustained while in the custody of the Horry County Sheriff’s Office on September 24th in Myrtle Beach, South Carolina. Mr. Naqushabandi is the third mental health patient to die as a result of injuries sustained in a Horry County Sheriff’s transport vehicle in the last 12 months.

The family was informed by the Sherriff’s Office that he had asphyxiated after becoming entangled by a seatbelt while in their protective custody on the morning of September 21st. The tragedy occurred while Mr. Naqshabandi was en route to the Horry County Detention Center after receiving emergency treatment for what has been described as a suicide attempt earlier that day. The family was not notified of the initial injury, and only notified several hours after he had been found unresponsive in the backseat of the Horry County Sheriff’s transport vehicle. The entire incident was captured on the transport van’s video monitoring system, although the family has thus far been denied access to the video.

Mr. Naqshabandi recently moved to the Myrtle Beach area. “Although Michael struggled with mental illness, he was a generous, intelligent, caring, charming soul who loved to tease, make music, laugh, fish, and whose energy would light up faces and rooms with joy. He will be greatly missed by his family and friends… We know that Michael is at peace now and we want to prevent this from happening to other families, to have other loved ones experience this anguish,” said his mother, Lisa Flaherty-Ortega.

“It is a horrible thought to consider that this young man died within feet of the people there to supervise him,” said Michael’s grandfather Richard Flaherty.

According to this family, Michael had enrolled himself as an organ donor; however, these wishes were unable to be fulfilled due to the forensic autopsy ordered by law enforcement, after an initial decision by the coroner’s office to not conduct an autopsy.

Attorney James B. Moore III, one of the attorneys representing the Estate of Michael Naqshabandi stated, “It is incomprehensible that yet another mentally ill patient has died in the back of a Horry County Sheriff’s transport vehicle. Providing basic supervision to those under police custody is a Constitutional right, not a luxury. I trust that Horry County Sheriff’s Department can do better than this.”

Attorney Scott C. Evans added: “We are anxious to find out how this was allowed to happen again. We are hopeful that SLED will be able to conclude its investigation quickly so that Mr. Naqshabandi’s family can begin to have answers to some of their many questions.”

Due to the circumstances of his death, the State Law Enforcement Division has begun an investigation of the Horry County Sheriff’s Office to determine if any criminal liability exists. Given the relationship between the Horry County Sheriff’s Department and the Fifteenth Circuit Solicitor’s Office, the family is requesting that the South Carolina Attorney General investigate SLED’s findings.

At this time the family is respectfully requesting their privacy and has asked that any inquiries be directed to their legal counsel at Evans Moore, LLC.

My attorney James Moore goes the extra mile for clients and I highly recommend Mr Moore. He is always available for his clients.

Amazing attorneys who will work very hard to make sure justice is served and that everything runs as smoothly as possible.

I recently retained Mr. James Moore to represent me in an accident involving a trucking company. He settled the case in a timely and professional manner, and i couldn’t be more pleased with the outcome. I would recommend him and the firm, with the highest regards, to anyone needing legal representation.

James and Scott’s personal attention and responsiveness are attributes that made them really stand out. Their preparedness and dedication to a favorable outcome was exceptional. They are both genuinely good people who care for the well-being of their clients.

Professional while also being engaging. Walked family through tough experience and was knowledgeable calming voice. Very glad we hired.

Jenn (on behalf of her father)

After suffering a tragic loss, I went to several law firms looking for someone to help with some sort of settlement from the family of the person who caused the loss. After having the door shut in my face, countless times I met with James and Scott, who agreed to take the case to see what he could do. Each time , throughout the process I called the office, no matter who I spoke to or why I called, everyone made me feel like a valued client. I am grateful for the Evans Moore law firm and will recommend them to anyone who would find their representation useful.

Scott Evans handled cases for my daughter and me in the last few years with great results. He is professional, knowledgeable, caring and provides comfort for his clients during their hard times. Office staff at Evans Moore is terrific, always helpful when I called and a great asset to the firm. Should i need legal help in the future I will call Evans Moore.

I retained James Moore of Evans Moore Law firm in regards to traffic accident in which I was involved. The expert advice, legal support and personal attention Mr. Moore provided during a stressful time and unfavorable situation was unparalleled. Not only was the issue resolved swiftly, but Mr. Moore went out of his way to keep me updated on all matters during the process. The next time I’ll need to call ‘my lawyer,’ as they say, I’ll know exactly who to call. Thanks again to Mr. Moore and the entire Evans Moore Law Firm for your support!