James B. Moore III is a third generation South Carolina lawyer and tenacious advocate for injured victims in the courtroom and at the negotiation table.  James was admitted to practice law in South Carolina in November of 2008 and has since obtained record-setting verdicts and settlements for individuals in a variety of cases, including trucking accidents, motor vehicle accidents, civil rights violations, medical and hospital negligence, nursing home negligence and abuse, negligence at schools and summer camps, college hazing abuse, pharmaceutical errors, and premises injuries resulting in over $100 million dollars in verdicts and settlements for his clients.

Prior to founding Evans Moore, LLC, James served as judicial law clerk to the Honorable Benjamin H. Culbertson, Fifteenth Judicial Circuit in Georgetown and Conway, South Carolina from 2008 to 2010. While clerking for Judge Culbertson, James observed and participated in numerous civil and criminal jury trials in Georgetown and Horry Counties. After completing his judicial clerkship, he entered private practice with the Bell Legal Group, located in Georgetown, South Carolina and then on to McLeod Legal Group, located in Charleston, South Carolina where he represented individuals injured by defective products and institutional negligence (hospitals, correctional facilities, schools, and nursing homes).

James is a committed steward of the communities that he serves and while he contributes services and resources to many charities across the Lowcountry, he fondly cherishes the Annual Evans Moore Turkey Giveaway. Each year at Thanksgiving, the firm works with Georgetown area non-profits to provide Thanksgiving meals to those in need during the holiday. 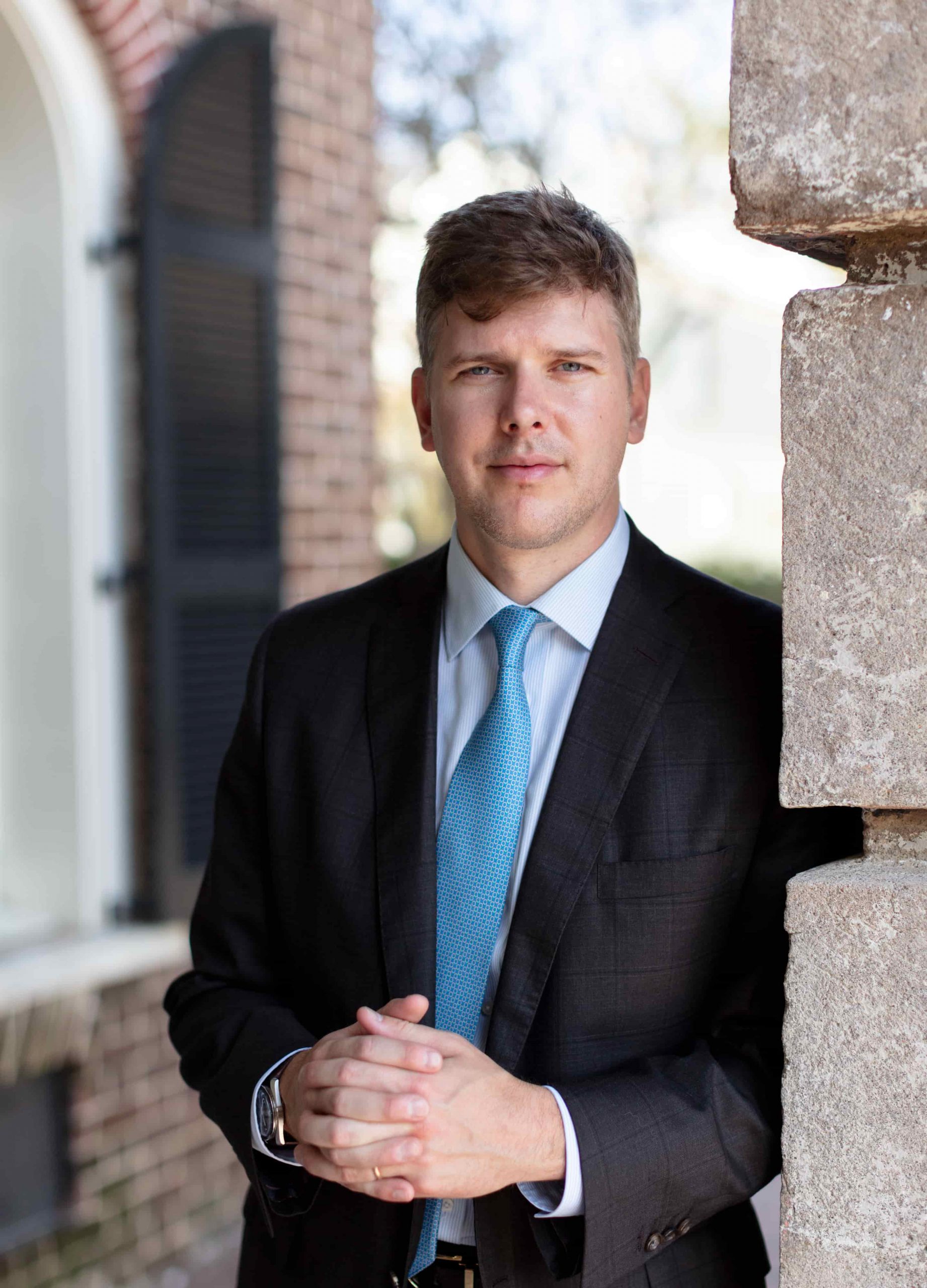